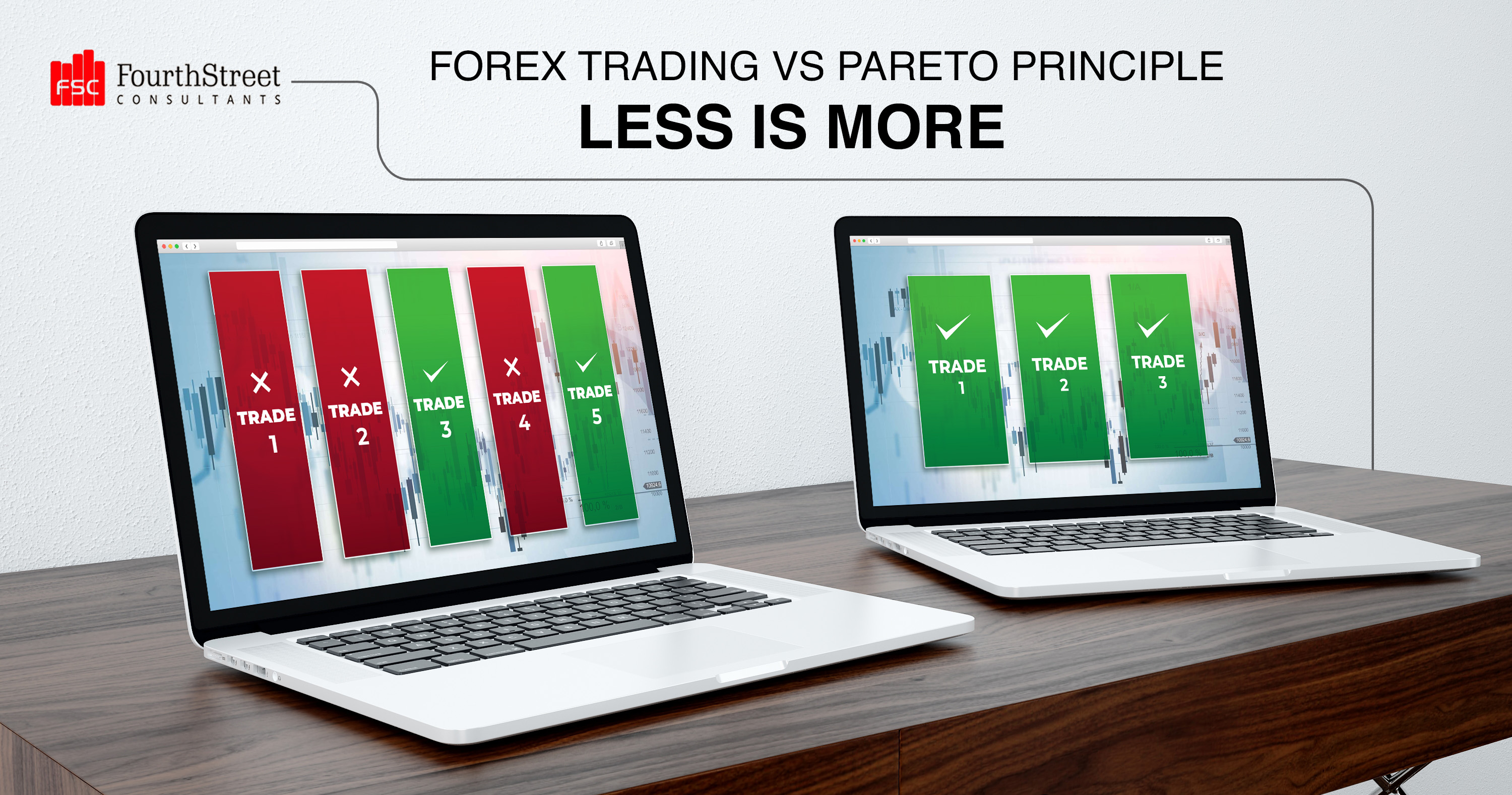 Quick question. When was the last time you came across something so profound, a golden nugget of wisdom, so real that you couldn’t keep your calm? Fighting the surging urge to pick your phone and ring your best friend about it. You somehow manage to hold it together, but it keeps replaying in your mind like a beautiful melody. You live and breathe it for the next three days, or even a week.

‘Brevity is the soul of wit’, is a statement that has always resonated with what I do and how I approach life in general. On this particular day, I find myself pondering on it so much that I search through the streets of my mind. True to my self-inflicted nuance, I come across an even more profound ideal, a concept I stumbled upon many years back. Have you heard of ‘The Pareto Principle’? Even a more significant question is how does it relate to Forex trading, and life in general?

The pareto principle is named after an Italian Economist – Vilfredo Pareto, who noted the 80/20 connection while at the university back in 1896. It states that for many events, roughly 80 percent of the effects come from 20 percent of the causes. Pareto observed that in most occasions/events/projects, 80 percent of the output from a given situation or system is determined by 20 percent of the input. A quick example would be the analogy that 20% of employees in an institution produce 80% of the company’s results. Breathtaking, right? Occurred to me more like the case of being busy vs being productive.

There are fewer capacities in life that the Pareto Principle applies more than in Forex trading. Less is more in trading. If there was one principle or gospel that I would preach all day to every new trader, that statement would top my sermon pointers. Quoting the legendary trader, Nial Fuller – “Most Traders do not make money in the markets over the long-run for one simple reason: They trade way too much.” Needless to explain, professional traders only place trades that meet the rules in their trading plan. The same way you can’t go hitting on every beautiful girl in the party, hence you end up winning none. World’s most renowned trading legends such as Jesse Livermore and George Soros have been striking for their spectacular precision of picking a few best stocks that only match their criteria as outlined in their trading plan .

CFDs trading is a question of fewer quality trades over quantity trades. Professional traders know that there is a thin line between taking many trades and overtrading. The latter has been one of the biggest pitfalls for most beginning traders. The ultimate ‘holy grail’ of Forex/indices/stocks trading lies in the true apprehension and application of the Pareto Principle, in that less is more. It’s a game of percentages and risk to reward ratios. Numbers don’t lie. Let’s work out a practical scenario to prove this analogy.

SCENARIO ONE: Trader A takes a total of 10 trades. His rules allow him to risk only 1% of his capital per trade, with a target of 2R. Meaning he is risking 1% to make 2%.

Turns out that out of the 10 trades, he wins 4 trades, and loses 6 trades.

Here, we find out that despite experiencing more losing trades (6) than winning trades (4), Trader A is still profitable, 2% profit addition to his portfolio.

SCENARIO TWO: Trader B takes a total of 20 trades. He doesn’t have clear-cut guiding rules for his risk exposure and winning targets.

However, he lost more in his few losing trades than he made in his many winning trades:

Here, we find that despite having a higher number of trades, and winning a higher percentage of his trades, Trader B still ends up with a negative 4% on his portfolio. Not to mention he encountered more costs from his broker through spread & overnight swap charges on his many trades. And the mental strain that comes with always watching and worrying about the outcomes of the many running trades.

Not called for, not worth it.

This my friends, is a classic example of a case of quality over quantity when it comes to trading. The above two scenarios therefore approves of the practicability of the Pareto Principle in Forex trading. If Vilfredo Pareto is ever proven wrong on his principle in all other spheres of life, then he will have won it with Forex trading. This is what it takes to be a profitable trader

It’s at this point that we call it a day with today’s hangout. ‘Brevity is the soul of wit’, remember? 🙂