Bulls have been driving the price to the moon on the weekly chart of the Euro versus the Australian Dollar for the last 14 months but they assumed renewed vigor since February this year. Four weeks ago a predominant pin bar doubling as a mother candlestick formed which was the genesis of lower prices. As expected following a pin bar of that magnitude price moved further lower forming inside bars. Then a breakout candlestick occurred confirming the inside bars for continuation of the downtrend.

We may be looking at the early stages of a retracement in the larger uptrend or a complete reversal only time will tell which is which. Price may possibly halt at the near term resistance level, therefore continue monitoring your charts for opportunities to join in the impending price moves.

Focusing on the unending uptrend of the Gold versus the Euro on the daily time frame which has persisted for 16 months and resulted in the formation of an inverse head and shoulder pattern in the past 6 weeks. This pattern is a potential signal for higher prices provided it breaks out on the upside which it did in fact with a reversal candlestick pattern at the neckline signalling a retest. Price is however at a very significant price level which has been a resistance zone in the past.

In as much as we have high probability bullish signals, take utmost caution since price is at a resistance zone and a major one. Further price action as always will ultimately guide us on the right path to follow. 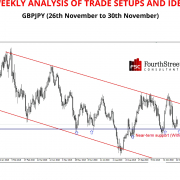 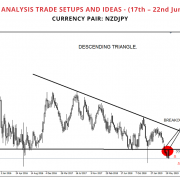 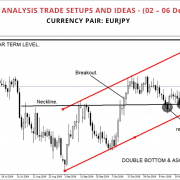 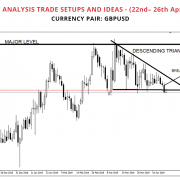 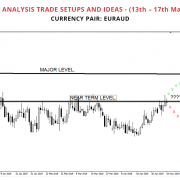 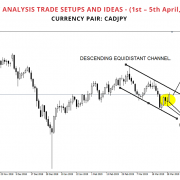