On the daily chart of  the Euro vs the New Zealand dollar (EURNZD), price has been consolidating in an uptrend forming an ascending wedge. Prices broke out below the pattern and came back for a possible pullback to test the lower boundary for resistance. At the moment, the price has been resisted as it has been unable to get back to the pattern. However we need to affirm the retest by a bearish candlestick.

Our bias is bearish, ensuing the breakout, however price action will confirm our entry. A dominant bearish candlestick such as an engulfing would be a good indication of lower prices to come.

Looking at the weekly chart of the Canadian Dollar versus the Swiss Franc (CADCHF), price is trading within the two trend lines (support and resistance) forming a symmetrical triangle. Price broke out of the pattern and preceding the breakout, an inside bar formed which was confirmed by the breakout candlestick. This shows a lot of bullish momentum and bias.

In this setup, we can look for an entry on a lower timeframe following price action confirmation. The  possibility of a re test is however present. We wait to see whether buyers will sustain the rally to the major level in the preceding weeks. 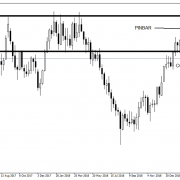 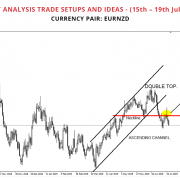 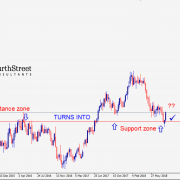 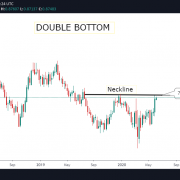 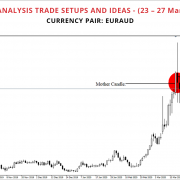 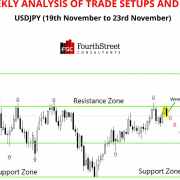