For the past year the New Zealand Dollar versus the Canadian Dollar has been on a steep downtrend with one major retracement visible on the weekly time frame. Price was recently at our major level which has been acting as our support zone. In the previous week price was supported and a dominant bullish candlestick was formed.

A bullish engulfing is a potential  reversal candlestick formation, however we can see that we have a resistance zone as our trend line a few pips away from the current price level. Further price action will ultimately guide as whether a complete reversal of the downtrend is imminent. A breakout above the resistance zone would increase the probability of a reversal.

One year ago the bear market on the US Dollar versus the Swiss Franc began. The gradient of the slope is gentle which informs us the strength of the downtrend is medium-weak. Last week as price approached the resistance zone, sellers pushed the price down quite aggressively forming a bearish engulfing. This is a significant occurrence since it’s happening at a price boundary.

Our main trend is bearish and a potential reversal signal towards the downside has appeared. The next action seems laid out already. However, it is important to let price action further guide you. A look at a lower time frame will be ideal to guide your next course of action. 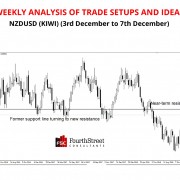 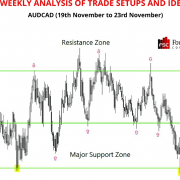 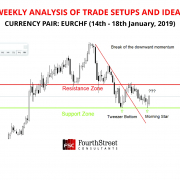 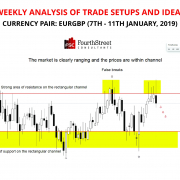 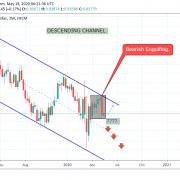 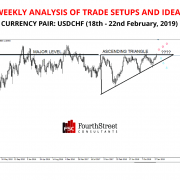